Quiet Events ...a bit of peace and quiet, online.

The term “false witness” is commonly interpreted as “a liar”. There is a more fundamental aspect of the term, which I’d like to explore here.

A “witness” is a person who ‘witnesses’ an incident or event. He would have seen or heard something there. If there is a dispute about the accurate relation of incident, witnesses would have been called in to justify the story. In other words, a witness’ account will be based on what he would have heard/seen of the event, and this is what is relied on to get the truth of the event.

A true witness is one who will relate the events, just as he witnessed it. As an example: he can say what time the event occurred, who was there (and who wasn’t), and how many cookies were in the jar, before the event took place. A true witness will honestly give a replay of the incident, being sure not to colour it with motives, so as to show partiality. The knowledge that his testimony can incriminate someone leads him to testify in a way that is factual and unbiased.

A false witness then deviates from this pattern above in a number of ways:

There are other deviations, but the point is that he defers to partiality, to protect himself or his interests, or to influence others.

In our modern-day context, false witnesses are prevalent, and in many cases quite bold. Sadly, society continues to decay rapidly, since persons do not understand the dangers of a false witness. The Bible though is very clear on what God’s view is toward false witnesses. Let’s investigate some verses – and I’m sure you, like I, will not want to be found as a false witness.

[My comments will be in square brackets.]

‘You shall not bear false witness against your neighbor.’
— Exodus 20:16

‘You shall not circulate a false report. Do not put your hand with the wicked to be an unrighteous witness.’
— Exodus 23:1

‘You shall not bear false witness against your neighbor.’
— Deuteronomy 5:20

If a false witness rises against any man to testify against him of wrongdoing, then both men in the controversy shall stand before the Lord, before the priests and the judges who serve in those days.
— Deuteronomy 19:16, 17

And the judges shall make careful inquiry, and indeed, if the witness is a false witness, who has testified falsely against his brother, then you shall do to him as he thought to have done to his brother; so you shall put away the evil from among you.
— Deuteronomy 19:18, 19

Do not deliver me to the will of my adversaries; For false witnesses have risen against me, And such as breathe out violence.
— Psalm 27:12

A false witness who speaks lies,
And one who sows discord among brethren.
— Proverbs 6:19

He who speaks truth declares righteousness,
But a false witness, deceit.
— Proverbs 12:17

[Deception is the lot of the false witness.]

A faithful witness does not lie,
But a false witness will utter lies.
— Proverbs 14:5

A false witness will not go unpunished,
And he who speaks lies will not escape.
— Proverbs 19:5

A false witness will not go unpunished,
And he who speaks lies shall perish.
— Proverbs 19:9

[Must be important, if it’s repeated in the very same chapter!]

A false witness shall perish,
But the man who hears him will speak endlessly.
— Proverbs 21:28

[Whether persons are aware of this or not, false witnesses will perish. We can choose life though…]

A man who bears false witness against his neighbor
Is like a club, a sword, and a sharp arrow.
— Proverbs 25:18

Jesus Himself was affected by false witness:

Now the chief priests and all the council sought testimony against Jesus to put Him to death, but found none. For many bore false witness against Him, but their testimonies did not agree.

Then some rose up and bore false witness against Him, saying “We heard Him say, ‘I will destroy this temple made with hands, and within three days I will build another made without hands.’” But not even then did their testimony agree.
— Mark 14:55-59

The Sanhedrin basically based their actions on the testimony of false witnesses, and ended up having the Saviour crucified. Thanks to God’s acute sense of justice, these persons will have their reward.

How do we relate to false witnesses?

The temptation is to lash out at false witnesses – but we have better counsel from Jesus Himself.

And the high priest stood up in the midst and asked Jesus, saying, “Do You answer nothing? What is it these men testify against You?”

We must understand (as Christ did) that we have a Father in Heaven who hears every word and deed. We must remember His promise that “Vengeance is [His], and [He] will repay.” Let’s look at the texts that speak to this:

Flee from the midst of Babylon, And every one save his life! Do not be cut off in her iniquity, For this is the time of the Lord’s vengeance; He shall recompense her.
— Jeremiah 51:6

[God’s Wrath on His Enemies] God is jealous, and the Lord avenges; The Lord avenges and is furious. The Lord will take vengeance on His adversaries, And He reserves wrath for His enemies;
— Nahum 1:2

Beloved, do not avenge yourselves, but rather give place to wrath; for it is written, “Vengeance is Mine, I will repay,” says the Lord.
— Romans 12:19

The texts above are all based on this one below, where God emphatically states:

‘Vengeance is Mine, and recompense;
Their foot shall slip in due time;
For the day of their calamity is at hand,
And the things to come hasten upon them.’
— Deuteronomy 32:35

[and in the same passage…]

Rejoice, O Gentiles, with His people;
For He will avenge the blood of His servants,
And render vengeance to His adversaries;
He will provide atonement for His land and His people.
— Deuteronomy 32:43

I hope that the texts have convinced you that being one is a very bad idea, and that believing one is like building a house on sand.

I also pray that you not retaliate toward false witnesses in the way that “seems right”… let’s leave it in God’s hands – it’s the best place to leave these things. He’s a very good Judge, I’m sure you’d agree. 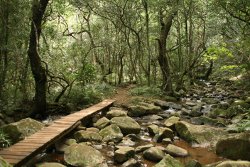